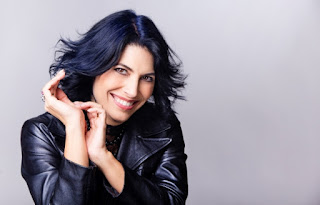 Vivica Genaux is one of the most renowned Baroque opera singers worldwide. In 2002, she released her famed album "Arias for Farinelli", conducted by  René Jacobs. It was a real hit, in which the most famous and complicated arias composed for the voice of Farinelli, the legendary castrato.

In the 2018/2019 season of Teatro de la Zarzuela, this recital dedicated to Farinelli was leaded by Genaux, with the celebrated orchestra Les Musiciens du Louvre, with Thibault Noally as conductor and concertmaster. An oportunity not to be missed.

Genaux' voice has an amazing virtuosism, able to reach the most difficult coloratura, linking notes with an outstanding skill, sometimes tirelessly, despite in some moments in the recital she blew in relief. The voice still has the freshness, beauty, personal voice tone, beautiful high notes and silky middle and low register. However, the volume could be a problem in the upper zones in the hall, projecting better in the parterre and sometimes a bit gutural as it goes to middle-low register, which some members in the audience found even comical, incomprehensibly. 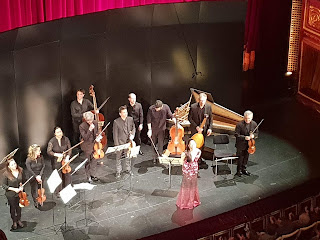 Mrs. Genaux has a great knowledge of baroque music, and any limitation is made up with her artistry still in good shape.Listening to techniques like hers, one could wonder, try to reconstruct how could the castrati have sounded, and try to understand their fame. In addition, she is a very nice woman, smiling at every time, joking a bit with the audience and even talking in a perfect Spanish.

Les Musiciens du Louvre displayed a beautiful sound in the orchestral pieces, specially the violins, and the concertmaster and conductor, Mr. Noally played accomplishedly in the Vivaldi concerto.

Here is the program: 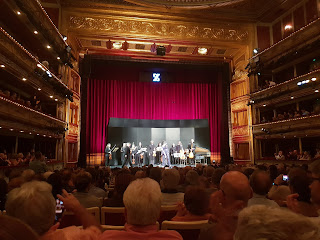 After the sinfonia, Genaux started with an astonishing  rendition of the Nicomede aria, and later a dramatic and beautifully sung Il piè s'allontana, ending the first part with her famous version of Qual guerriero in campo armato, quite similar to the one from her famous album, despite some trouble in a high note. The second part was better, starting well with the Merope aria, but the most important moment in the night was the beautiful Polifemo's Alto Giove, in which Genaux sang with total devotion and a skilled singing, conveying all the emotions of this solemn aria. The final aria, Son qual nave was sung with the same high musical level. She gave two encores, in which she displayed all her virtuous singing and her command of baroque opera: in the final Agitata da due venti her coloratura made the audience went wild in the final applause. 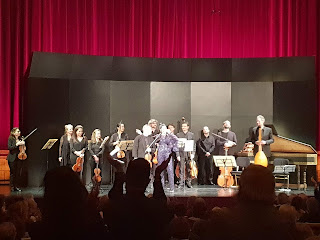 More Baroque nights are needed in Teatro de la Zarzuela, whose acoustics are ideal for this repertory, and the audience (despite the hall was not highly occupated)  enjoyed and ovationed Vivica Genaux' singing, and felt the magic of the music composed for one of the most gifted operatic voices ever heard in history.