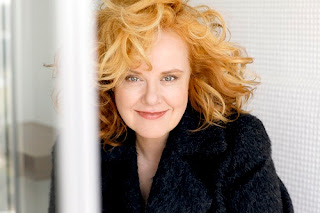 One of the  the most awaited shows for the 2019/2020 season of the Orquesta y Coro Nacionales de España (Spanish National Orchestra and Chorus) has been the two scheduled concert performances of Richard Wagner's Tristan und Isolde, an opera which revolutioned the music of its day. The last time Tristan was seen in Madrid were in the 2014 performances in Teatro Real (in the Sellars/Viola production), so this became an opportunity to Wagnerians and operagoers in the Spanish capital.

Wagner's Tristan is one of the most revolutionary works in Western classical music. Its famous beggining chord marked the beginning of the end for traditional tonality, and it influenced later musicians like Mahler, Strauss or Schönberg. Here we could hear similarities with works like Transfigured Night, Elektra, Salome, Das Lied von Erde or Gurrelieder. The music and drama raise the spectator to the feelings of the trascendental love of this couple, who is beyond their society, beyond  day and night, beyond life and death. Wagner's love to Mathilde Wesendonck and Schopenhauer's works would inspire this masterpiece, the height of his work alongside The Ring and Parsifal. 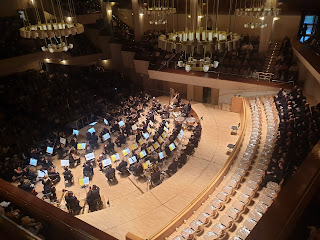 Under the baton of David Afkham, the Spanish National Orchestra  is reaching a state of grace since he assumed its direction: in 2016 it conducted an acclaimed Holländer and last year a magical Gurrelieder. Last night, his conducting made the orchestra sound in such a beautiful, passionate, powerful level which resulted in an unforgettable opera evening. In the Prelude (which he had to restart after an irritating mobile phone sounded after the first chord) he gave a symphonic, romantic and powerful  rendition. The strings' sound were brilliant, with a marvellous concertino. Percussion sounded overwhelmingly, as well as metals, and the woodwind section was sensual, melancholic: the English Horn, played offstage, was accomplished in his solo at the beginning of Act 3, conveying the elegiac pathos of its part. Moments like the end of Act 1, the Love duet or the Tristan agony were really electrifying. In the Liebestod, the orchestra was very moving, reaching at the end a transfigurating sound. 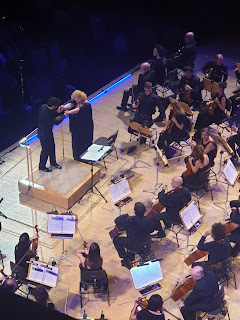 Petra Lang, the Bayreuth Isolde in the last three years,  made her Madrid debut in this performance. She is undoubtedly a great artist, and her voice, from her days as mezzo, has a beautiful middle register but she has trouble in the high one. However, Isolde is a diffcult task for many singers, and few of them succeed in all this role's fronts. Her high notes sometimes have a bit umpleasant vibrato, and the first High C in the encounter with Tristan in act 2 was sort of screamed. On the other hand, her low register is very interesting. In the first act she could give an interesting rendition, always duo to her acting skills: convincing in the role's feelings, from angry and heartbroken to seductive, completely in love at the end, with eloquent smiles. In Act 2 she was correct, despite being sometimes surpassed by the orchestra, but in Act 3 she was plain in her first aria Ha,ich bin's. In the Liebestod she could regain some solemnity and nice singing, moving the audience anyway. 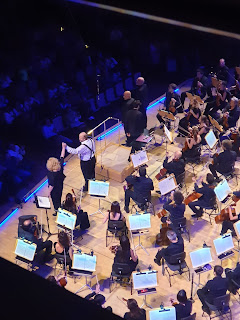 Frank van Aken was an interesting Tristan who could cope with the merciless dificulty of the score. He started with some reserve in the first act, but from the second act he showed good singing, despite some difficult notes. However, in Act 3 he surprised the audience with a powerful, heroic voice, resisting the severities of the role in this part and not sounding bad, which is quite a merit for most tenors today who cannot resist this act. He definitely overtook the expectations here.

Violeta Urmana was definitely the star of the cast. In 2014 she sang Isolde in the Teatro Real performances; and now she is back to the mezzosoprano range, singing an splendid Brangäne. Her voice was powerful, with a beautiful and seductive singing and never surpassed by the orchestra. Her warning in Act 2 was exquisitely sung, with beautiful piano high notes in her final Habet acht! As a result, she was largely ovationed at the end.

Brindley Sherratt was a great Marke, with his big, powerful voice over the orchestra, despite some gutural high notes in the Monologue, but he impressed the audience and was warmly applauded at the end. Boaz Daniel was a good Kurwenal. Roman Sadnik has a tenor big voice and he sang well his part as Melot. Roger Padullés was one of the big surprises of the evening: his light tenor voice made him singing a beautiful, lyrical Young Sailor at the beginning of the opera and also a melancholic Shepherd in the third act. Ángel Rodríguez Torres had an interesting baritone voice as the Steersman.

The Spanish theatre director Pedro Chamizo was the responsible of giving some sense of staging to the concert, with a blue lighting for the first act, violet for the second (and putting candles through the chorus zone) and red for the third one during Tristan's agony. At the end, all lights were turned off just to focus Isolde and the orchestra as the Liebestod ends, reinforcing the emotions. 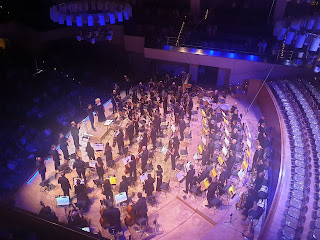 Again, the magic of Tristan enraptured the Madrid audience, after five years. An accomplished orchestra and a good cast made Wagner's music to be felt in all its revolutionary and powerful strength in a perfomance which will be remembered.