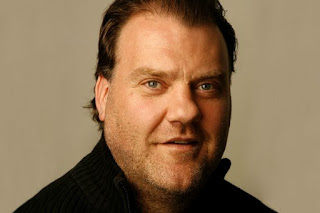 The celebrated bass-baritone Bryn Terfel has made his debut in the Teatro Real few hours ago, in the cycle of great voices in the 2018/2019 season. However, this was not his debut in Madrid, since he has sung a concert performance of Der Fliegende Holländer in 2016 in the Auditorio Nacional, with high acclaim from the audience and critics. With him, the Orchestra of Teatro Real was conducted by Josep Caballé-Domenech. 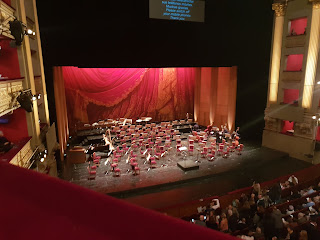 Terfel is a major opera star, and his repertory includes successful renditions of Wagner, Mozart, Puccini's Tosca, musicals among many genres. For his presentation here, the program is a representation of that variety:

Second Part:
- Offenbach : Overture from La Belle Helène
- Boito: Son lo spirto che nega from Mefistofele
- Weill: Die Moritat von Mackie Messer from The Threepenny Opera
- Rodgers and Hammerstein: Overture and Oh, What a beautiful morning from Oklahoma!
- Loewe and Lerner: How to handle a woman from Camelot
- Bock and Harnick: If I were a rich man from Fiddler on the roof

He made his entrance with a good rendition of the Meistersinger monologue: sang with good entonation, and amazing the audience with his big-volumed sound, despite it seems a bit less refined for Sachs. The Walküre ending is another story: he has trouble with high register, the highest the note was, the most gutural it sounded. He sang with moving tenderness the line der freier als ich, der Gott. On the other hand, his performance is so solemn,so powerful that the singer lets the character appear: his gaze and gestures convey the power and authority of Wotan, his hands moving as if he was conducting Loge's flames to round the stage... one could feel like attending a real production of Die Walküre. He ended his scene singing in high volume Wotan's final words: Wer meines speeres spitze fürchtet, durchschreite das feuer nie! and left the scene while the orchestra ended the music, as if he really had left any Brünnhilde sleeping. The orchestra was not at the same level: it wasn't the same as in Rheingold last month, since it seemed to lack some rehearsals, and the tempi were sometimes too fast and the wind section was not too much in vein, indeed the last chord of Walküre was far from being moving.

The second part was more comfortable for the orchestra as well as for Terfel. The conductor's style was more appropriate for the overtures of La Belle Helène and Oklahoma. In Son lo spirto che nega the singer did a good performance despite the singing was limited, but again his skilled acting saved the rendition, and his amusing whistles made the people whistle with him in the applause. The Weill song was very well performed, as well as the musical songs, in which Terfel succeded, with an accomplished singing as well as humoruousness.

Surprisingly, there were only an encore. While receiving the final applause, a man from the audience asked him to encore a song, but he said in Spanish he preferred to sing a Welsh song, the beautiful Ar Hyd y nos (All through the night). It was a charming way to close the concert, with both the singer and the orchestra being perfectly fit. 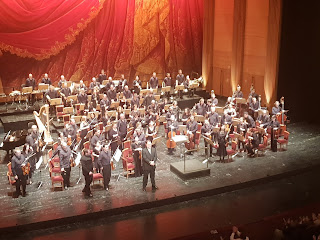 Terfel's voice has been missed in Teatro Real seasons during all these years. He could have sung in a production of Falstaff allegedly planned by the late Gerard Mortier, as it was rumoured in the press and opera forums. But it's always a pleasure to listen a talented artistry like his, no matter if the voice was or not at the height of his powers if his voice is still able to move and amaze the audience, who received him warmly in this late but necessary debut.


My reviews are not professional and express only my opinions. As a non English native speaker I apologise for any mistake.
Most of the photographs are from the internet and belong to its authors. My use of them is only cultural.