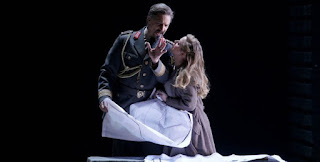 Seventeen years later, the Teatro Real has started its second Wagner's Ring cycle since its reopening in 1997. From 2002 to 2004, Teatro Real co-produced with the Semperoper Dresden its first Ring, conducted by Peter Schneider and directed by Willy Decker. This production is still in the repertory of Dresde Opera. I myself was a teenager at that time. I remember I waited with special illusion to see Das Rheingold, one of my favourite operas, but finally I couldn't attend. I saw the rest of the Ring, but I always have regretted to miss Rheingold. For that reason, this was an opportunity not only for me, but also for many people wanting to see the Ring again and in much cases for the first time. As a result, tickets were sold out for all performances. I attended the premiere and the last one.

From 2019 to 2022, Teatro Real will schedule its new Ring, one opera per year. At the beggining, it was a co-production with the Chicago Lyric Opera, but due to budget reasons the chosen production has been the classic one from Cologne Opera, directed by Robert Carsen, which has already been recently seen in Barcelona. 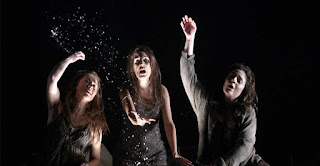 Carsen's production has been known as an "ecologist" Ring, because it starts from a premise: a post-apocaliptic polluted world, where there's only mysery, dirt, corruption, oppression and falseness. In this staging there is neither space for beauty nor hope. Das Rheingold is a work about corruption and ambition, as well as a wild fight for power while the most disadvantaged are dominated and humilliated. Carsen echoes this and take it into a deeper level of degradation. In the program, the theatre manager Joan Matabosch says since Wotan attacked nature by making his spear from the world ash tree, to dominate the entire world with this weapon, and to build his power through pacts and lies. This message taken from Wagner's monumental epic is still happening nowadays in the world, so this production is even more timely now than in its premiere in 2000. The main idea is interesting, but not always interesting when translating it into a theatre stage.


A metallic curtain is welcoming the audience when entering the hall. When the prelude starts, it raises slowly to show a fog, representing the Rhine. As the piece is being played, some men are seen throwing all kind of waste to the river. The Rhinemaidens are three dirty, panhandler women who play in the middle of the stolid filth. We can see an oxidized washing machine, bottles and so on. Alberich is not less filthy than the maidens. From a wheel the Rhine gold will shine and be stolen by the nibelung.

Scene 2 is a forest of concrete and cranes. Walhalla is built by a modern building company. Wotan is dressed like a military dictator, the gods like posh gentlemen and gentlewomen and the giants like foremen of the building, leading a group of disciplinated builders. We can see in this modern adaptation how Wotan is betraying his people, trying them to work for free. The Nibelheim is the best scene of the show: we see the Nibelungs working dragging in the floor while they are working Alberich's treasure, with the stage few illuminated. Erda's appearing is mystical, embracing Wotan while advicing him to give the Ring. The Finale is one of the most achieved moments: after the invocations of Donner and Froh, it starts snowing in the bottom of the stage, maybe polluted snow. Gods celebrate their victory dancing while the Rhinemaidens sing their laments, and then they decide to enter Walhalla, followed by their servants, furniture and soldiers. Power is consolidated by military force, but amidst an unbearable ugliness, predicting an even worse future. 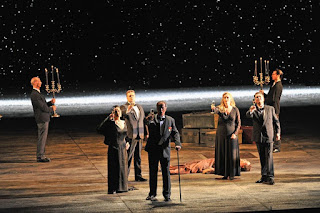 Pablo Heras-Casado is the music conductor for this new Ring. There were many expectations and he fulfilled them, hoping he would maintain or even improve the level for the next seasons. Even he lacks the grade of accomplishment of Wagnerian directors, he did a good task. He obtained a good sound from the orchestra, with strings sounded specially beautiful in the Prelude, as well as the percussion. From the third scene, conducting became energic, even violent (reminding sometimes to Solti's Rheingold), quite convenient for Nibelheim scene. Musical interludes were played with dramatic tension and strength, and the finale was spectacular.

The cast had some ups and downs.

Greer Grimsley's Wotan has the physical appearance, but his singing is sometimes troubled by a gutural high register, despite the middle one is acceptable. Sarah Connolly as Fricka is a good singer, and his voice is nice but not Wagnerian, despite having good acting skills.

Joseph Kaiser is a good acted and has beautiful voice for Loge but since he lacks a bit volume makes his interventions a bit boring. The gods are well sung, specially Sophie Bevan as a beautiful and nicely sung Freia. Raimund Nolte and David Philip Butt were both correct as Donner and Froh. The giants were outstanding: Albert Pesendorfer with a deep voice as Fasolt and Alexander Tsymbalyuk's dark and deep bass voice for Fafner. Ronnita Miller was a big sensation as Erda, with her expressive and mystic contralto voice, with great low notes. 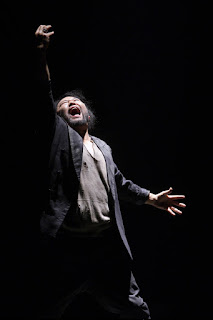 The Nibelungs were the real stars of the evening: Samuel Youn was a big hit as Alberich with a big and beautiful bass-baritone voice, well projected through the main hall, conveying perfectly Alberich's both ambition and evil. He received an outstanding ovation and revealed himself as a sensation. Mikeldi Atxalandabaso was a magnificent and superbly sung Mime. This promising Spanish tenor will succeed Gerhard Siegel and Helmut Pampuch in the throne of this role.

The Rhinemaidens sang at a good level, with María Miró as a delightful Wellgunde, and both Claudia Huckle and Isabella Gaudí as nice Flosshilde and Woglinde respectively, the latter one better acted than sung. 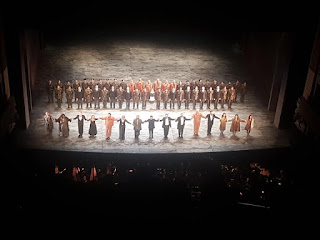 The performance was well received, despite the ups and downs before mentioned, since the audience wanted to see the Ring; and maybe because the magic of Wagner's music could be felt in the Hall.Now it's the time to wait for Walküre next year. The power of the Ring is more alive than ever.